I remember getting back to the house one evening late in July to find a jiffy bag in amongst the post, in which I found the promo for this particular album. I was due to review it for Clash but it meant rather more than that. The debut album by Maps is a true favourite of mine (of which more at some point soon) and so to have the follow up more than two months before it would appear in the shops was a reason for celebration. It went straight into thee CD player and, having adjusted the volume to suitably radiator-rattling proportions, I sat back in the reasonably comfy chair by the stereo setup and let it do its work. 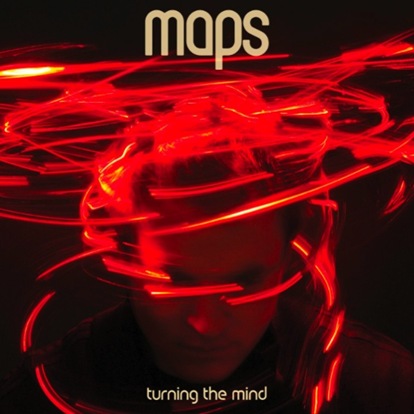 I’ll admit now that the first few listens, while satisfying, were not quite as joyous as I’d imagined. It was different to the debut. It sounded bigger than the humble origins of that first record and I wasn’t sure if that was a good thing. However, as I mentioned earlier, I had one of my most eagerly anticipated records of the year two months before I otherwise might have done so I wasn’t going to pass up the chance to simply keep playing it because I could. It came on holiday with us, soundtracked the long journey and a few warm evenings sat with a good book and a warm beer. It was everywhere for a week or two and the next time I consciously thought about my actual opinion of it – about 24 hours before my deadline – I realised just how addicted to it I had become. And rightly so. It’s a triumph and forgive me if, terrible though this is, I quote myself for the next paragraph.

Tracks like ‘Let Go Of The Fear’ and ‘Love Will Come’ are the most upbeat Maps material to date. James Chapman’s increasing musical dexterity ensures a heavy wash of sound with twinkling synths, euphoric loops and the uncanny ability to build and build a track to an ecstatic point of air-punching triumph. Best listened to from start to finish, ‘Turning The Mind’ is both the thinking-man’s pop album of the year and the perfect soundtrack to the witching hour. Bordering on genius.

I stand by every word. I remember being amazed that the phrase ‘bordering on genius’ wasn’t removed before it went to print. Such a bold statement is not often looked on kindly by reviews editors and the accompanying 9/10 rating did put this one up on a pedestal. Amusingly, it didn’t figure in their enormous end of year list but I won’t let it bother me if you don’t.