I’m already slightly giddy about the amount of wonderful new music arriving in 2010 and we’ve only just finished the first month. As a result, here’s 2010’s first burst of Futuremusic, which long-time readers will remember was a series of features on exciting new stuff that ran in August of last year. Five more tremendous purveyors of musical goodness who haven’t quite snuck above the radar coming up, some of which I would imagine you’ll be familiar with, others less so. So, without further ado…

Gene spent much of their career trying to shrug of the tag of ‘Smiths copyists’, a label which I never quite understood. Certainly, there were occasional musical echoes and Martin Rossiter did manipulate and molest his vocal chords into certain Moz-like directions from time to time, but I always felt there was a not inconsiderable bit of The Jam in there as well and I couldn’t really grasp why it was The Smiths that the press was always so keen to bang on about. Not that it should really have been a hindrance. The Smiths were fucking marvellous and the enduring appeal of those albums is proof enough that their influence on music lovers the world over is considerable. What exactly would be so bad about sounding like The Smiths anyway?

So think Northern Portrait. The band name could be a wry wink in that direction, as many of their, frankly wonderful, songs display a sizeable love of all things Morrissey and Marr, but for the fact that they claimed in an interview last summer to have only recently heard of The Smiths. I bow down before Gideon Coe for this one. One evening in the summer of 2008, I was listening to his peerless 6music late show when he played a track from the band’s ‘Fallen Aristocracy’ EP. I remember thinking, ‘sounds a bit Smithsy, I’d like to hear that again’. Within fifteen minutes, I’d sent a pifflingly small amount of money via Paypal to US-based Matinee Recordings. Soon after, the CD arrived, delivering on that early promise with four wonderful indie-pop tunes contained within artwork which even had that mid-Eighties indie release feel to it. I was in for the long haul and kept an eye on the Matinee site, waiting for another EP. ‘Napoleon Sweetheart’ followed and a similar approach was adopted – dated sleeve and jangly indie of the highest order.

This Danish band have a finely honed sound and, as is so often the case with debut albums, they’ve whittled down their early songs to the very best they have to offer and have just released them for the world to pass judgement. Or just have a little listen. You really should. Second track, ‘When Goodness Falls’ highlights the Moz influence with the gloriously embittered lyric, “I’m so glad to disappoint you”, bouncing along with shimmering guitar lines which leave you pondering just how charming the man singing really is. Do you see what I did there? Do you? Ok, I’ll stop now.

The album in question will be available in the UK from March, but you can already order it direct from Matinee Recordings at a very reasonable price and I can’t think of any reason not to. Its title, ‘Criminal Art Lovers’, could be taken as a further acknowledgement of the heavy debt their music owes to various musical forefathers and the title track has a hint of Just Played faves, Trashcan Sinatras about it, while ‘Life Returns To Normal’ brings to mind a slightly subdued Housemartins. You must be sold by now, surely? 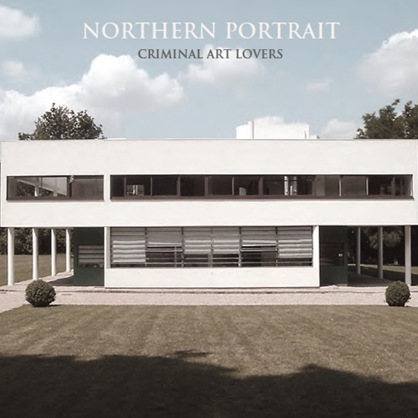 ‘Crazy’ was on that first EP I ordered after Gideon’s airplay and it sounds glorious, sandwiched within all of this new material. Indeed, along with a couple of other tracks on ‘Criminal Art Lovers’, it also brings to mind the aforementioned Mr Rossiter. Oh, the irony, a Smithsy band who actually sound really rather like Gene. ‘The Operation Worked But The Patient Died’ is another title that Steven Patrick Morrissey would be ever so charmed by, but the musical affectations on this one definitely evoke Gene from their epic, ‘Drawn To The Deep End’ phase. No bad thing again.

Album closer, ‘New Favourite Moment’, is a wonderfully catchy way to wrap things up and if you don’t find yourself singing along with it soon after its first play then you have clearly lost the ability to enjoy yourself. In fact, I’d go so far as to say that if you can’t find something to like in this song then I’m not sure we can ever truly be friends. In truth, the entire album is littered with hooks and I’m struggling to think of a duff song to mention in the well-it’s-not-perfect-bit-before-I-wrap-things-up-on-a-positive-note section. The album’s mastered quite loud. That’s about the only thing I can think of to moan about right now.

I’ve thoroughly enjoyed explaining why I love this band. I’ve recently written a brief review of the record for publication in March in which I overplayed the comparisons with The Smiths in order to hammer home the point, but there’s plenty more going on in these songs and if even one person clicks through from this site to order the album after reading these words, I’ll be chuffed. Literate, emotive indie is often hard to find and when another band pop up delivering captivating songs to such a high standard it’s cause for celebration.

The good folk at Matinee Records are happy for me to share a couple of songs from the record with you, so treat yourself by right clicking and saving from these two links.

And now, thoroughly convinced as I’m sure you are, click here to purchase the album, and the early EPs if you’re so inclined, direct from Matinee.