Train journeys are tricky things to soundtrack. A lot of it hinges on the weather and the accompanying view. If, in addition to this, you’re bloody knackered then this also has a pretty crucial bearing on this. I tend to gravitate towards the more acoustic end of my collection when in these situations, despite the fact that quieter music doesn’t tend to fare all that well when put up against the many and varied noises emanating from most of the East Midlands Trains stock. Still, I endeavour to find that precise sound that will fit. 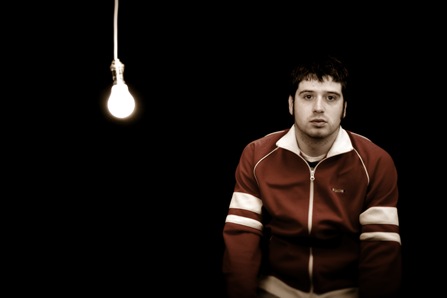 Kris Drever’s music deserves to soundtrack those deeply intimate, private moments when your eyes lock on to something arbitrary in the middle distance and your brain switches to somewhere between autopilot and shuffle, churning out random thoughts, one after another, spring cleaning through the humdrum detritus that builds up over the course of an average day. The musical accompaniment needs a voice which sounds suitably lived-in, a voice which is actually singing the words rather than raspy talking or laconic drawls and a voice which can transport you just as much as the train in which you sit. Drever is absolutely the man for the job.

I came to his first album entirely by chance. It was put out by Reveal Records, the label which grew out of the excellent, but now deceased, independent record shop of the same name in Derby. As I’ve mentioned previously, I would frequently pick up those early releases on the label simply on the basis that I knew Tom, shop and label boss, wasn’t likely to be trying to shift something that wasn’t up to scratch. The fact that the vinyl came with a free CD was the clincher and I soon found myself listening to ‘Black Water’ at fairly regular intervals. I recently deployed ‘Honk Toot’ as a Song Of The Day and it’s that track which really caught my attention and drew me into the record further. It is, as I said a week or so ago, 21st century music that happens to use traditional sounds rather than traditional music trying to sound contemporary. The recordings are completely uncluttered and sympathetic to the attentive ear.

Drever’s particular gift comes in term of the arrangement, not actually writing all that much of the material on either of his two albums. Whether reimagining old folk numbers of putting his stamp on the work of friends and label mates like Boo Hewerdine, Drever’s performances are imbued with a true spirit and passion, ensuring that once his music has clicked with you, it’s hard not to feel a little protective of this beautiful secret you have. His new album, ‘Mark The Hard Earth’ picks up where ‘Black Water’ left off, filling out the sound a little without overcomplicating matters and offering some more assured vocal performances after the tentative steps of that debut release.

On top of all of this, Drever is also a member of increasingly revered – and rightly so – folk group Lau, who only two days ago received the Best Group award for the third year running at the BBC Radio 2 Folk Awards. Their music, while different to these solo recordings, is a logical step for anyone sold on ‘Black Water’ or ‘Mark The Hard Earth’. I should also quickly mention the album he released along with Roddy Woomble from Idlewild and John McCusker, Drever’s producer. Going by the name of Drever, McCusker, Woomble (I know, inspired) they released ‘Before The Ruin’ back in September of 2008. It slipped by unnoticed but it’s yet another cracking record worthy of your attention.

Having said all of that, this piece is about Kris Drever’s solo work and, with ‘Mark The Hard Earth’ out next month, I wouldn’t be at all surprised if you end reading rather more about him in the coming weeks. Pick up the debut for a very reasonable price direct from the source and get your iPod kitted out ready for your next experience traversing the country by rail. I should point out, his music works with other forms of transport too. And at home, obviously.