Time to mop up my spillages in the review pages of Clash Magazine again. Two of these have already had the full works in recent weeks and another will be soaked in a torrent of hyperbole any day now, but I still rather like bunging these up here. 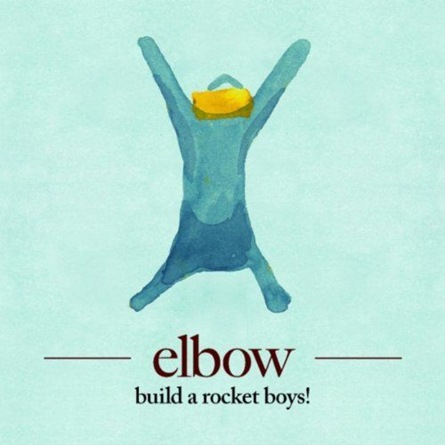 Safe in the knowledge than an audience awaits, Elbow’s fifth album finds the band doing exactly as they please. Combining the expanses of their debut, the delicate melody of ‘Leaders Of The Free World’ and the beautiful production of ‘The Seldom Seen Kid’, ‘Build A Rocket Boys!’ is a band in full flight. While its subtle charms take time to emerge, let ‘The Birds’ and ‘High Ideals’ take a few laps around your head and the love affair will be back on. Beautifully produced and blessed with Guy Garvey in fine voice, it’s a small but perfectly formed step forward.

I keep meaning to do a big piece on this album but I can’t imagine that anybody who likes Elbow hasn’t already bought it. It’s a gorgeous sounding record – an impression far further enhanced by the majestic double 45rpm vinyl pressing – and I stand by the comment about it needing time. My first few plays were actually slightly disappointing and I was left wondering where the majesty was. It is, rest assured, very much present but it really repays multiple plays and it’s every bit the tremendous follow up we all knew they’d deliver.

There’s an angelic jangle about Low’s ‘Christmas‘ EP which makes it one of those festive records you’re tempted to play all year round. That swooning simplicity has appeared at points across their career but never in more concentrated form than here on their ninth studio outing. Opener ‘Try To Sleep’ is a beguiling statement of intent, setting the tone for more personal and introspective lyrics than on previous outing, ‘Drums And Guns’. Tracks like ‘Especially Me’ and ‘You See Everything’ capture the sound which makes ‘C’mon‘ such a delight, simultaneously luscious in their orchestration and muted in their delivery. Beautiful.

Oh, you will adore this record, I promise. This is currently my favourite release of 2011 to date and I truly adore it. I’ll be going to town on this one fairly soon, but rest assured that I won’t be changing my opinion. It’s going straight into my ‘Songs From Northern Britain’, ‘The Hungry Saw’ and ‘Everyone Is Here’ aural-hug pile. Oh yes!

Eighties influenced jangling indie may well be en vogue at the moment, but that doesn’t always make for a rewarding listen. This is one you’ll be wanting to seek out, however. Evoking prime Moz and the mellifluous vocal magnificence of Gene’s Martin Rossiter, these are punchy, literate tales of aching hearts. Bittersweet lyrics combine with gigantic choruses to great effect.

Ah, the problems with 60 word review. Quite whether or not the above is able to sufficiently convey the indie majesty of this album is anybody’s guess but if you are a Smiths and/or Gene fan then I really would give this a go. It’s not pastiche, it’s simply very, very well written and crafted jangly guitar rock but blessed with a tremendous vocalist in George Waite. Click above for a Spotify listen; I suspect you’ll enjoy yourself.

NOAH AND THE WHALE – ‘Last Night On Earth’ (MERCURY)

After hearing ‘The First Days Of Spring’, Charlie Fink‘s response to the end of a relationship, it was tempting to tell him to lighten up a bit. However, I can’t imagine many people foresaw this power-pop makeover. Initial listens will leave you baffled but, sounding like a perverse mix of Ryan Adams, Fleetwood Mac and, ahem, Deacon Blue, this is shameless and often joyous stuff. ‘Waiting For My Chance To Come’ and ‘Tonight’s The Kind Of Night’ highlight best the sugar rush present here. It won’t be everyone’s cup of tea but this could well be a guilty pop pleasure for many.

This continued to grown on me after I wrote the review and the long piece I wrote on here a few weeks back captures my current thinking. Some of the sniffy folksy types have stuck the boot in and even bandied about ludicrous comparisons to U2 but I don’t really understand their annoyance. Who the hell plays their debut record these days? It was flimsy toss in the main, elevated to the main stage by ‘Five Years Time’. The second album is a fine work, make no mistake, but if anyone was expecting more of that then they are clueless. That raw musical catharsis is so remarkable because of how rare it is. Likewise, the pure pop adoration of this record is pretty rare too and it has absolutely bugger all to do with Saint Bono and his incorrect Spanish counting. 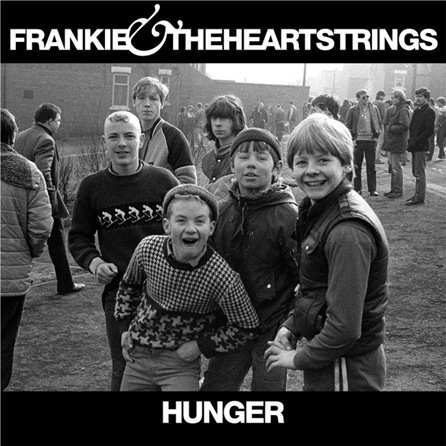 Givers of good quote and purveyors of spritely indie-rock marked out by a charismatic frontman with a distinctive yelp, Frankie & The Heartstrings deliver a debut worthy of everybody’s attention. Favouring shamelessly blokey call-and-response hooks and not averse to “woos” and “woah-woah-woahs,” these tales of love chased, lost and briefly enjoyed are delivered with an infectious enthusiasm and blessed with production by Edwyn Collins. ‘Fragile’, the album’s most cerebral moment, is a sprawling, emotive beast which gradually splinters into a raucous finale befitting of the lyric “if you’re going to break down then just break down.” Repeated plays lie ahead.

One thought on “March Reviews”