My fascination with collecting vinyl goes back to when I was a kid growing up in Manchester. I still harbour the thought that one of these days I will own and run my own record store; it’s a pipe dream I know. My local record shop was called Edison Gem in Denton and on a Friday I would pop in to hear the following week’s new releases before anyone else. It was a proud boast to say to my schoolmates that I had just heard the new Bowie or Roxy Music single before anyone else. I always liked picking up on new music before anyone else so I could annoyingly quip ‘I really liked their stuff before they were famous’. I would collect Tamla Motown records via the market stalls of Ashton, Hyde and the Underground Market, Spinn Inn and the soul and funk section import section in the Manchester HMV run by music expert Derek Howe, who now runs Beatin’ Rhythm in The same city. I ended up opening the new store in 1991 with Mick Hucknall, A Certain Ratio and Factory band the Adventure Babies.

One of the best shops around was Rare Records on John Dalton Street. I was talking to Peter Hook recently, who told me that he used to frequent the shop and that Ian Curtis worked there before he got involved in music full time. I now own every Motown release – well, almost! You can still buy up most Tamla Motown releases for as little as 50p per single in the nation’s second hand record shops, and before you know it you will have amassed a decent collection of some of the greatest records ever made. 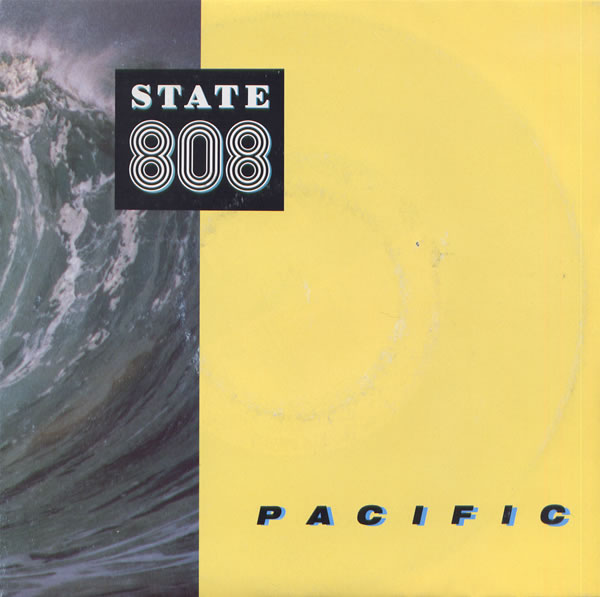 I managed to procure a job presenting on Piccadilly Radio, Greater Manchester’s independent radio station and my life changed immediately. I began to get free records! I would play early Factory releases and go to the Hacienda every Friday. I played Biting Tongues, an early Factory signing a lot on the radio, and got to know Graham Massey of the band. When he formed 808 State, he told me to go and see Martin Price of the band, who worked at Eastern Bloc Records and pick up some 12” records. When I popped in to see him he just said ‘take anything you want!’ It was like finding Willy Wonka’s golden ticket. The haul included a white label of Pacific, a soon to be huge club record and chart hit for 808 State. I went away with a box full of free stuff: yes, free records! I have to admit that the only reason I got into radio in the first place was to blag free records. I still get child-like excited about the arrival of free stuff. My favourite recent bit of ‘free stuff’ was the 25th Anniversary Acid Jazz box set; it’s just the coolest thing.

I still collect vinyl from all over the world and pay weekly visits to Beatin’ Rhythm in Manchester, Record and Tape Exchange in Notting Hill, the record stalls of Portobello Market, Sounds Of The Universe, Phonica and Sister Ray in Soho. Remember record stores are for life and not just Record Store Day!

Pete Mitchell works for Absolute Radio. His excellent Soul Time broadcasts can be heard via Mixcloud

One thought on “RSD13: He Really Liked Their Stuff Before They Were Famous – by Pete Mitchell”