File under: how the hell was this not huge? Whether you blame the massive gap between releases, the lack of radio play or the now traditional approach of a label from the Universal Records stable over-pricing the vinyl, ‘Trouble In Paradise’ absolutely bombed. Let’s take those in reverse order. Firstly, it wasn’t the vinyl pricing. As incredibly annoying as it continues to be that the ‘vinyl revival’ is prompting price hikes for a format that’s being produced with the same amount of care taken by The Guardian’s sub-editors, it accounts for such a minimal percentage of sales still that its impact remains negligible. While we’re on the subject, I now hate those think-pieces almost as much as the CD-evangelists who, increasingly legitimately, get all pissy when vinyl is being proclaimed as some sort of master race of music formats. Yep, sales have gone from being 1% of record industry revenue to somewhere close to 2%. Big bloody boo-hoo. CDs were still two-thirds of the market in 2013. Stick that in your mass-producing-my-beloved-format-and-screwing-it-up-for-everyone pipe and smoke it. Where were we? Ah yes, lack of radio play. Apparently, not making the Radio 1 playlist was a big deal and it’s kind of heartening that it still has some sort of impact in this day and age. Once Gilles Peterson had moved over to 6 Music, my days with the nation’s youth station were finally over but it’s pretty clear that their influence remains strong, even if the deluded middle-class, middle-aged, painfully white management do seem to think that it’s all about sodding YouTube subscribers these days. Lack of exposure clearly had its part to play in this one sinking, which links neatly with the five year gap between albums. Breaking up the collaborative partnership behind the self-titled debut album certainly provided pause for thought, but the sheer euphoria of Elly Jackson‘s plunge into early Eighties disco appeared to be, ahem, bulletproof. 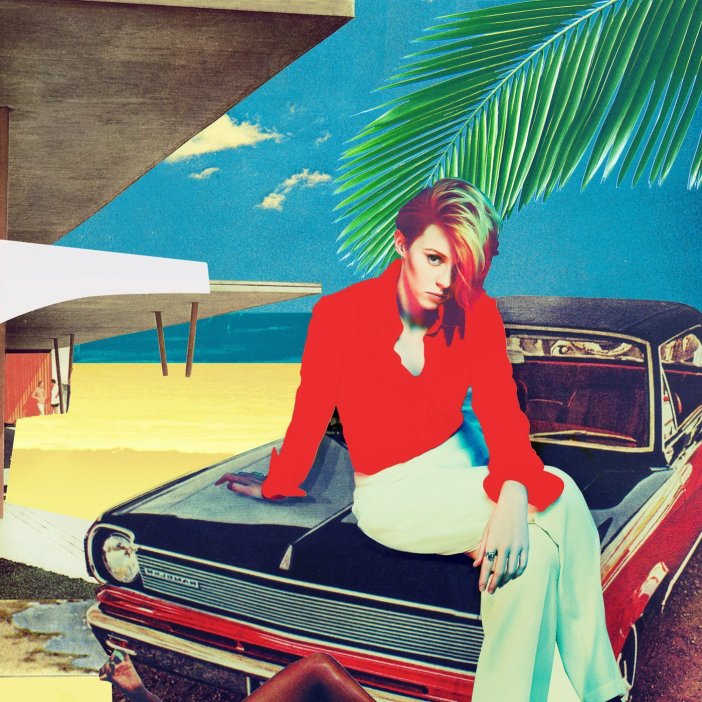 And yet, it would seem the Chic new sound was not for the masses. I’ve yet to encounter anyone who has spent time with the record and not come to love it. There is some really special songwriting across ‘Trouble In Paradise’, not least the stringent funk of opener ‘Uptight Downtown’, which sets the bar high. There’s reverb-drenched grand piano on ‘Paradise Is You’ which gives way to a full on synth wash and a cascading reprise of the chorus. ‘Sexotheque’ is glorious pop smash, only marred by the fact that the pronunciation of its title sounds disturbingly like “Sex Attack.” It’s got a gloriously BIG chorus, a springy rhythm and some neat little Eighties guitar licks. Be sniffy about its inspiration if you like, but if it’s alright by you, I’ll be over there waving my arms around and grinning like a tit.

I was on holiday when the album was released and, having not had any advance access beyond the couple of teaser tracks, I found myself using cafe wi-fi and my wife’s smartphone to access it through Spotify. The critical reaction had already been very positive and I was especially keen to see why. I’d liked bits of the debut but this represented a massive leap. Looking back, my genuinely keen desire to hear this material put me in the majority. Whether its association with my summer break did it any favours, I’ve no idea, but I’ve kept coming back to ‘Trouble In Paradise’ regularly, frequently deploying tracks on compilations and finding the whole set consistently uplifting. Whatever the commercial post-mortem might reveal, ‘Trouble In Paradise’ deserves to be remembered primarily as a magnificent record.