As amusing as I find the idea of Oasis limping along as they are, I think it’s safe to say that the departure of the weekend of the band’s creative (stop sniggering) force, Noel, marks the end of one of the great Britpop bands and, thus, one of the best bands of recent years. They were never hugely original, frequently unable to put together a complete album of great songs and prone to more gaffes than Carol Thatcher watching reruns of The Black & White Minstrel show, but still they meant so much to so many. I’ll confess that, while they’ve never been close to being my favourite band, I’ve always had a lot of time for them. It seems slightly weird that in 2009 you have to justify your liking of Oasis in the same way you might need to if you had a penchant for vegetarianism or paedophilia. In 1994 they were the name to drop and in 1995 pretty much everyone got caught up in the infamous chart battle with Blur, and yet here we are, fourteen years down the line, with Oasis still hugely popular and yet critically precarious. I bought the deluxe, over-priced, same stuff on multiple formats, box of their last album, ‘Dig Out Your Soul’, and I thoroughly enjoyed it. It’s a good record. A few shite tracks, but a few that make you thump the

air and unashamedly bawl along to nonsensical lyrics that read like something that’s been translated on one of those free internet search engines from English, into German, and then back again. But then who expected anything else? That’s what you get when it comes to Oasis albums and most of us have learnt not only to accept that, but to cherry-pick the best bits each time and continue to enjoy the moments when Noel gets it oh so very right. ‘Falling Down’, from that last album, is a monster of a song, partly harking back to his work with Chemical Brothers, partly representing a change in listening habits from Gallagher senior.

As so many ever so slightly annoying cultural commentators have been saying all weekend, Oasis captured a certain time and, as a result, occupy a small space in the hearts of many. Certainly, a listen to ‘Definitely Maybe’ or ‘(What’s The Story) Morning Glory?‘ shorn of 90s context is pretty much impossible. Those songs evoke a time, an attitude and a type of music that for many was thoroughly enjoyable. Even ‘Be Here Now’ is still something I have fond memories of, to the extent that out of all of the recent vinyl reissues, the one I plumped down the cash for was this behemoth of a record. It receives almost as little love as the songs have audible basslines but it nevertheless contains forgotten belters like ‘I Hope, I Think, I Know’ and ‘Don’t Go Away’. Even ‘Magic Pie’ would be great if it had its last three minutes surgically excised. This willingness to see the good in everything is a prerequisite for any non-rabidly obsessive Oasis fans and it has kept us on side through the dark days – ‘Heathen Chemistry’ – and the very, very dark days – ‘Standing On The Shoulder Of Giants’ – so that when rather better records such as ‘Don’t Believe The Truth’ come along, they don’t go unnoticed.

Having said all of this, what I loved most about Oasis was their approach to singles. Noel’s purple patch was undoubtedly across the first two albums and so he was naively

happy to toss away great songs as b sides, resulting in some great moments getting tucked away behind chart-shagging monsters like ‘Wonderwall’ and ‘Some Might Say‘. Indeed, one of my all-time favourite Oasis songs snuck out on that latter single. I know what you’re thinking. You reckon I’m going to say it’s ‘Acquiesce’. It’s not. It’s ‘Talk Tonight’, an acoustic number with no fanfare, no big production and no snarling Liam. Noel’s voice is absolutely perfect, the understated sound is quite beautiful and it never grows old. Its appearance on ‘Stop The Clocks’ would suggest that it’s more popular than I had assumed, but it still strikes me as a bit of an overlooked gem.

Masterplan‘, which didn’t even appear on most of the formats of ”Wonderwall’. So bizarrely quietly  was this song snuck into the world, that it appeared as track 4 on the CD single. As history records, this monumental screw up was subsequently acknowledged and it gave rise to the rather wonderful b side collection of the same name. Noticeably, this is also a Noel vocal, but it couldn’t be much further removed from ‘Talk Tonight’ in terms of both delivery and production. This one is much more epic, suggesting that Noel even knew at the time how good it was, possibly even eclipsing the song whose CD it was simply intended to pad out. It has since been awarded its deserved place in their canon, but I still remember the day I played the CD single through in full and realised exactly what I had bought. It’s a beautifully stirring song and a further example of just how good Oasis could be when they weren’t desperately trying to rock like mad bastards.

Not that they couldn’t rock like mad bastards. ‘Definitely Maybe’ is a great album. The most

consistently strong set of songs of their entire career, it took them straight to number one back in 1994 and is the one album of theirs which even rock snobs allow themselves to listen to. ‘Rock ‘n’ Roll Star’, ‘Columbia‘ and ‘Slide Away‘ are all wonderful, life-affirming, bloody huge songs. None of them singles. And what singles they were. ‘Supersonic‘, ‘Shakermaker’, ‘Cigarettes & Alcohol’ and the almost unfeasibly good, ‘Live Forever’. While ‘Shakermaker’ was hardly rock gold, it’s still a decent sing-a-long tune, which isn’t too bad when you think that it was probably weakest release in an incredibly strong run of great singles that lasted from ‘Supersonic’ right the way through to ‘Go Let It Out’.

Two singles stand above the rest for me. The first, perhaps predictably, is the never again released, ‘Whatever‘, which ended up costing Noel a fair few quid in songwriting royalties due to a more than passing resemblance to Neil Innes‘ ‘How Sweet To Be An Idiot’. Hence, its subsequent failure to appear on any compilations. At over six minutes long and with the London Session Orchestra going flat out for its duration, ‘Whatever’ is not an understated piece. It captures the youthful exuberance of early Oasis perfectly and yet clearly hints at the much bigger things to come from the band’s next album, ‘(What’s The Story) Morning Glory?‘ The other single is far less popular and may strike some as an odd choice. 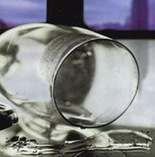 ‘Sunday Morning Call’ was the third and final single to be lifted from the 2000 album, ‘Standing On The Shoulder Of Giants’. The group’s nadir, this album was under-cooked, poorly written and severely lacking in oomph. ‘Go Let It Out’ was a fine lead single, but things tailed off pretty quickly thereafter. Apart from this track. Sung by Noel (spotting a pattern are we?) and very much mid-paced, it’s a charmingly understated cousin of ‘Talk Tonight’, only with more instruments, a bigger budget and a comedown the size of the DFS sale warehouse. I’m sure that, at the time of its original release, I clung to it slightly as a brief highlight amongst some turgid, chugging rock, but that lustre has not been lost and it remains one of my favourite Oasis tracks. If these post makes you do nothing else, at least allow yourself four and a half minutes to reevaluate that track.

Recently, Oasis had shown signs of a creative recovery with ‘Lyla‘ and ‘The Importance Of Being Idle’ from ‘Don’t Believe The Truth’ and the aforementioned ‘Falling Down’ from ‘Dig Out Your Soul’, with that last album being a pretty consistent listen from start to finish. Having said that, the oft talked of Noel solo album was something I was keen to hear. It would seem that such a thing is rather more likely after this weekend’s showdown. As many have said, it’s more than a little likely that five years from now, solo careers fully out of the system, a reunion tour will magically occur and the Gallagher brothers will record together once more, but even so it’s still worth a moment reflecting on what was great about Oasis. There was much to sneer at, plenty to listen to only the once, but there was also a great deal to love.

EDIT – 01/09/09 A quick update to the original post in order to include this rather amusing video: