In my defence, the vinyl pressing I bought was a little noisy and this is an album of very quiet music. That is where I run out of excuses though. How this wasn’t in, let alone near the top of, my list of the best releases of 2011, I’ll never know. It wasn’t even in my tidy up post that followed, suggesting that sometimes you just have to wait for brilliant music to click. If enough people are telling you something is excellent, it probably is. A little perseverance is not a bad thing when it comes to matters such as these. Fast forward two years and I can pretty much play the entire thing through in my head without needing the record. When Green Man confirmed this pair for the Sunday of their 2012 festival, I went back to the record – having previously loved the work of both artists individually – and experienced something of a revelation. 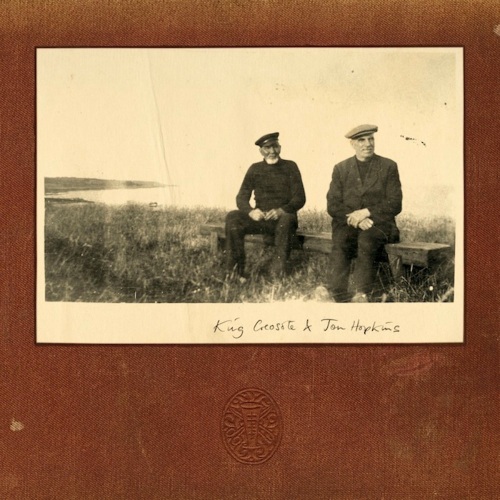 Kenny’s fragile but emotionally powerful vocal seemed to lift out of the ambient mire, field recordings now seemed vital in establishing the mood and delicate layers of sound crystallised where once they had blurred. As its artwork implied, it is essentially a traditional folk album which has then been pushed, pulled and polished by Hopkins’ sonic nous. It is one of the very best record I know of for early morning listening. I’m always the first in the office and that pristine and still time is more often than not soundtracked by ‘Diamond Mine’.

‘Bats In The Attic’ is the track to play if you need a quick in. The first touch of the piano several seconds after Kenny’s vocal begins is one of those moments of musical alchemy I like to bang on about. The sense that the song is already playing through a distant transistor radio before it truly starts adds to the delicate reverential air. It is a pretty much perfect song that I could listen to on a loop for a good hour with getting bored. But it’s far from the only moment of magic on this short record. ‘Running On Fumes’ is a gorgeously mournful piece, bedecked with bursts of an engine running and the almost omnipresent buzz of field records which knit the album together. ‘Bubble’ takes the album’s formula and manipulates it subtly, the skittering electronica coming up into the mix in its first half before the gentle wash of more conventional instrumentation returns. ‘Your Own Spell’ feels like a slightly more buoyant late-period Talk Talk, while album closer ‘Your Young Voice’ is centred entirely around Kenny’s endlessly beguiling vocal and slowly fades itself out over the final minute, like it’s delicately creeping out of the room. With an album quite so immaculately delivered, you may well find yourself inviting it quickly back.

Apparently crafted and sequenced to sound like the course of a night out, ‘Immunity’ finds artist and producer Jon Hopkins in fine form after his spellbinding dalliance with King Creosote which only a cloth-eared dolt would have omitted from their albums of the year list in 2011. Kenny puts in an appearance on the washed out, spaced out title track which represents the running on empty morning that follows the intense and relentless night before. The opening pair of ‘We Disappear’ and ‘Open Eye Signal’ are a substantial onslaught, cranking the tempo and volume rapidly and resolutely from the off. A sort of glacial techno is where the adventure begins, and it’s hard to imagine Four Tet fans not being enchanted by this aspect of Hopkins’ craft. 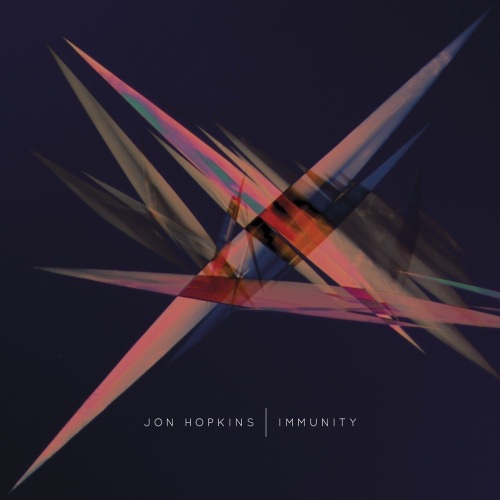 And it is his craft which I think makes this record so absorbing. It was a delight to see it nominated for the Mercury Prize and similarly pleasing to witness its success in many end of year lists. It feels like one of the good guys has broken through by just doing his own thing. That said, ‘Immunity’ is a lot punchier than 2009’s ‘Insides’, which seems more logically associated with ‘Diamond Mine’. The sense that ‘Collider’ is hitting just off the beat is simultaneously disorienting and hypnotic, perfect preparation for the eerily spacious plains of ‘Abandon Window’ which follows. ‘Form By Firelight’ is like a squelchy, electronic waltz which suits the witching hour rather well.

The albums concludes with the near-twelve minute ‘Sun Harmonics’ and the afore-mentioned KC track. The former is a curiously gentle piece, offering aural balm to soundtrack dazed slumps in tatty sofas. The latter, meanwhile, is a logical extension of a prior working relationship. Some of the background noises are rather familiar and, while there’s no risk of ‘Bats In The Attic’ breaking out, it feels a little like a dub remix of their finer points. It is the sound of mental release – a perfect antidote to a day without end. ‘Immunity’ is a real pain to write about because so much of my response to it has been entirely emotional. I haven’t really talked about it with anyone and haven’t scrutinised a lyric sheet. I’ve not thought about how it does what it does, just reached for it at various points like a medicine or a pillow. It’s a fabulous piece of work and I’ll leave it to prompt similar responses in you.

When I wrote about the upsetting news of The Word’s closure, I didn’t anticipate it being the last post on this site for five months. But then I hadn’t fully figured out how I wanted to approach my idea for a website promoting local record shops in the UK. Once it was up and running, thanks in part to wonderful people like Paul ‘Lone Wolf’ Marshall, Tom ‘& The Boat’ Williams, Tom ‘Reveal Records’ Rose, Simon ‘Bella Union’ Raymonde and Ian Rankin, it seemed the place to concentrate my limited writing energies. I do this around a ‘proper’ job, as well as scribbling reviews for a magazine each month, and it doesn’t get anywhere close to the attention I’d like it to. And yet, each November I find myself looking forward to the chance to ramble at length about my favourite records of the year gone by. In 2011 I had a little more time to do all of this thanks to enforced sofa time as a result of a serious injury but 2012 will just have to fit in around the real world. Spotify playlists, individual album blurbs and a tense countdown all lie ahead, folks. Well, I’m excited.

While preparing this year’s list, I looked back at the thirty 2011 releases I saluted only twelve months ago. I remain utterly certain that Low’s ‘C’mon’ was the correct call and much of the top twenty has continued to delight and entertain. However, it is always interesting to think about what missed out. How, for example, did King Creosote and Jon Hopkins’ ‘Diamond Mine’ not end up in that top ten, or even top five? Had a slightly noisy vinyl pressing really caused me not to succumb to its now very evident charms? Then there was Nicola Roberts’ tremendously fine solo outing ‘Cinderalla’s Eyes’ which offered some of the finest pop of the year and yet, come December, had slipped out of view. In the eleven months since, I’ve played it more than Tom Waits’ ‘Bad As Me’, I can tell you. In addition, The Antlers’ ‘Burst Apart’ deserved a higher placing than it received and so to Sarabeth Tucek’s ‘Get Well Soon’. But what can you do? It’s all subjective. The list could change from day to day, hour to hour. That, my friends, is the joy of music. This year’s shortlist is the longest I’ve ever had when compiling such a list and has already mutated since I sent one off to the magazine some weeks ago. As always, there will be a dedicated page to keep track of the countdown – although you could just visit the site every day and avoid missing anything in the easiest possible way – and I will offer up a Spotify playlist of the year’s finer tunes. Your opinions are welcomed and the usual chuntering will continue on the Twitter account.

As record shops do battle in tricky times – whether having reached the end of the line like Avalanche in Edinburgh or being pitted against an unhelpful HMV pop-up shop as with Solo Music in Barnstaple – please do seek out some of these albums from independent retailers. They pay their taxes, they pay their VAT and they pay back the loyalty you show them ten times over.