Bella Union will be releasing a new, four-track EP from Philip Selway on July 25th entitled ‘Running Blind’. Featuring tracks held over from the recording of his marvellous debut ‘Familial’, this release is all new material and you can hear a sample direct from the label below. 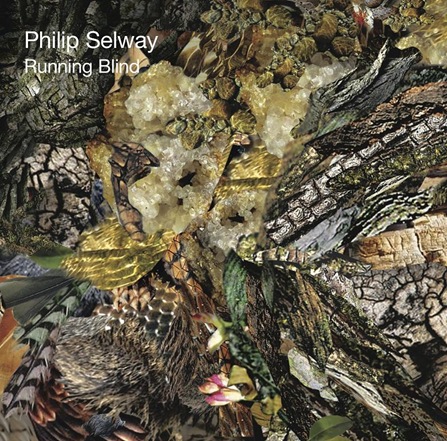 Which is to say they appear in the August issue of Clash rather than that they are especially awe-inspiring or majestic. Not that they aren’t, of course. Slightly strange batch for you this month as I’ve already covered Philip Selway’s ‘Familial’ in more detail here and the Rose Elinor Dougall piece had to be a smaller one in order to fit the format. Rest assured that Rose’s magnificent debut will be given a very detailed write-up in the next week or so, along with the appearance of a substantial chat we had about the record around the same time. Plus, there’s a review of the new album by The Charlatans, which isn’t actually out until September. Not that you should be too bothered about that particular wait, as you’ll see. 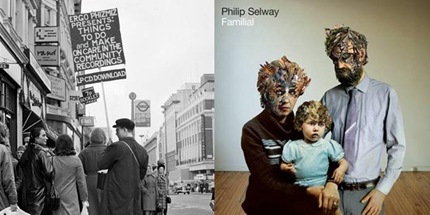 Ringo fronting The Beta Band might sound as appealing a pairing as jam and cauliflower or James Corden and a TV screen but, on this evidence, it could have worked. Album standout ‘Late’ is the track most closely fitting this hypothetical sound and bloody marvellous it is too. Random samples and quite determinedly bizarre lyrics further cement the idea that this album is a bit different. That the title of ‘The Dapper Transvestite’ is not the oddest thing about it (it’s the use of a typewriter for the drumbeat) should give you a pretty clear idea of what to expect. 7/10

This record is definitely worth seeking out because its highs are magical. It could well have been an 8, only to be subbed down to a 7 anyway, and there is a truly eccentric charm about the whole thing. My thanks to Tom Ravenscroft for the tip off via his excellent 6 Music show.

Forget Selway’s day job in Radiohead as a reference point here. Far more pertinent is that ‘Familial’ is released by Bella Union, home to some of the finest alt-folk music known to mankind. Singing in a hushed, reserved manner, solo Selway is a genuinely moving listen. ‘All Eyes On You’, a charming acoustic number, occasionally threatens to become a little too saccharine only to switch to a more reticent refrain before joy can be unconfined. The gentle drone running through ‘Don’t Look Down’ represents another high point on an album which deserves to stand free of anyone else’s shadow. 8/10

Pretty much what I said the other day, only with fewer words. It really is a lovely sounding record and one which will take a little while to infiltrate but, once it’s got you, it’ll receive multiple plays.

The former Pipette with the strongest voice delivers on the promise of her early solo singles…and then some. ‘Find Me Out’ is the dreamiest thing you’ll hear all year, while ‘Watching’ crackles with an unsettling stalkerish tension. Hard to pigeonhole, easy to love, the artist formerly known as ‘Rosay’ has hit the ground running with an impressive box of tricks. 8/10

Writing a review in sixty words is a funny old business. Far easier with albums you don’t have much to say about but VERY tricky with records like this one. I won’t say much more as we’ll be having something approaching a Rose Elinor Dougall week here soon with a big review and the aforementioned interview. This record, meanwhile, is a beaut.

THE CHARLATANS – ‘Who We Touch’ (COOKING VINYL)

What exactly do we need another ‘reasonable’ album by The Charlatans for? Can’t we just pretend they split up after ‘Wonderland’? Quality control thereafter slipped, with their last album, ‘You Cross My Path’, being given away for free. A great idea if it captures the public imagination, less effective if all people think is, “I’m glad I didn’t pay for that.” After multiple compilations and a reissue of their debut, it’s increasingly difficult to accept that this is the same band and I’m tired of forgiving them for plodding mediocrity. Tim sounds largely disinterested now; I know how he feels. 4/10

It’s not a particularly bad record, it’s just not a particularly good one either. You’ll see some of the big monthly magazines lapping this up at the moment and I just don’t hear what they’re hearing. It’s noisy, but not endearing. It’s brash but utterly unedifying and it just feels like a record we don’t need. I’m sure many will disagree, just as I found when I gave ‘American Idiot’ a bit of a shoeing on its release, but I’ll stand by it. Don’t bother with it. Buy any of the other three records mentioned here instead.

Forgive me if I don’t opt for a slightly shite attempt at a joke about how off-putting the idea of a solo album by ‘the drummer’ might seem. For some reason, a number of reviewers in the ‘big’ publications this month have opted for this approach, before pointing out that ‘Familial’ is actually worth your time. Did anyone, with even a vague understanding of what Phil does in Radiohead, along with his contributions to the recent 7 Worlds Collide album, really think this was going to be a weak record? Honestly? Add in the fact that it’s being released by the now freakishly unimpeachable Bella Union and there is no reason to be even slightly suspicious. Oh, and it’s really, really good.

You’ll likely know ‘By Some Miracle’ by now, what with it being the free download track on his website and I would imagine you’ve been as thoroughly charmed by its whispery, folksy ways as I was. The whole album is of a similar calibre, Selway’s voice actually proving to be rather affecting at times, such as on one of the best tracks, ‘A Simple Life’. A lovely soundscape builds slowly but oh-so-very meticulously to a pleading middle-eight which reveals a vocal style somewhere between a subdued Neil Finn and hints of a wistful Erlend Øye.

‘All Eyes On You’ is one of those tracks that reviewing clichés like ‘ethereal’ and ‘spectral’ were made for. See what I did there? I deployed both clichés, leaving you with a clear sense of what the song might sound like, whilst still maintaining credibility for not just deploying both clichés without self-awareness.  Clever that. The plucked guitar sound is a little unsettling and, at only two and a half minutes in length, it doesn’t stick around long enough to reassure you. But that, ultimately, is what makes this record so good. None of the songs outstay their welcome and many leave you wanting more.

Subtle but affecting strings serve their purpose, particularly on ‘The Ties That Bind Us’, which sounds like a vintage folk classic from the late sixties, and the sparse drum arrangements that do feature on the record are actually played by the really rather splendid Glenn Kotche from Wilco. A busman’s holiday this is not, nor does it feel like some half-hearted solo project, farted out between releases by the day job. This feels like a true labour of love and a piece of work of which Selway can be justifiably proud. ‘Familial’ doesn’t need to be sold off the back of a name or a brand, it’s good enough to stand alone and its presence on the Bella Union roster will do it no end of good.

Having said all of this, the acute ear for what will sound delicately beautiful is demonstrated throughout the record and the majestic sculpting of some of these songs belies Selway’s presence in one of the most sonically adventurous bands of a generation. ‘Falling’ was birthed for headphone listeners everywhere and will usher forth that special warm feeling you get when something hits you right in the middle of the skull. The odd track is a little too slight to stick, ‘Broken Promises’ being the prime example, but none are anything less than really rather lovely and, as quaint and frankly crap as that phrase sounds, I mean it as a compliment.

The drone-like start to ‘Don’t Look Down’, replete with abstract piano meanderings, marks another stunning headphone moment and ensures that there’s no dip in quality as the end looms into sight. One of the most hushed vocals on the record, it just about manages to stay atop the wash of sound that follows which in some way seems to be the musical equivalent of one of those deliciously melancholic days when the noise of the whistling wind and swirling rain coalesce into something oddly comforting.

The album closes with ‘The Witching Hour’ which, along with ‘The Ties That Bind Us’, will be familiar to those who purchased the aforementioned 7 Worlds Collide set and it sounds no less magnificent now than it did then, even if the repeated vocal refrain keeps reminding me of something, just out of reach. Indeed, there are a couple of moments on ‘Familial’ which seem eerily familiar. Perhaps it’s simply a case of them being such good songs they sound like tracks you should already know; either way, I’ll give him the benefit of the doubt.

I’m still unconvinced about the cover art, but every other aspect of this record has won me over wholeheartedly. At just under thirty three minutes in length it will dash past you at first and you will need to spend some time with it, ideally with headphones, to truly fall under its spell. But please do and don’t let yourself fall into the trap of looking for any Radiohead comparisons. It’s a thankless task. Just enjoy what is there because… (deep breath) … everything is in its right place.

Familial is released by Bella Union on August 30th.