2015’s ‘The Epic’ clocked in at almost three hours and remains one of the most remarkable debuts of the decade, making no concessions to the potential listener and opting instead to simply array itself magnificently and wait for people to make sense of it. Those that took the time were slow to relinquish their newfound fondness for rhapsodising about an artist who could capture a delicious intensity on record and initiate those fearful of the genre into numerous corners of the jazz world.

Alongside such company, ‘Harmony Of Difference’ is a mere slip of a release, termed an EP for barely exceeding thirty minutes, but much more substantial than that mantle implies. Indeed, only somebody who had put out ‘The Epic’ would feel minded to tag this release in such a way, so anyone about to grumble about an EP being number one should politely refrain. Intended as a neat musical metaphor for the joy of human diversity, these six tracks are all interrelated, with the concluding thirteen-and-a-half-minute piece, ‘Truth’, incorporating aspects of all that has gone before. And what comes before is quite a nifty genre primer for the uninitiated, hopping giddily across eras and styles with the sort of dexterity that will come as no surprise to those who are familiar with the debut. Coltrane, Hutcherson and Hancock each take their place in the DNA of ‘Harmony Of Difference’ and so too, on ‘Integrity’, does Sergio Mendes.

A polished swagger abounds on ‘Perspective’, appearing as the mists clear following the denouement of ‘Knowledge’. The song-suite nature of the EP is a joy and should ensure that nobody is foolish enough to skip about looking for cheap thrills. The rich soundstage and vibrant performances captured here are irresistible and further proof that Washington is a rare talent. The focus on melody and the concept of musical counterpoint make for a tighter affair than ‘The Epic’ and length isn’t the only reason why listeners may find this an easier starting point.

The spiritual swirl of the lead track, ‘Truth’, is quite staggering and its early release as a teaser for the whole set prompted entirely deserved adoration from many corners. The aforementioned interwoven motifs from the five shorter tracks that precede it make for an emphatic, instantly familiar, almost transcendental conclusion that is so gloriously absorbing that it takes considerable resolve not to put the whole thing on again the second that it stops.

I struggled to complete my initial review of this for Clash by the deadline, as it is such a grand concept achieved with remarkable efficiency that I’m not entirely sure I’m qualified to interpret it in any way. While ‘Harmony Of Difference’ will delight jazz fans, it is a truly incredible record irrespective of genre. If you are capable of feeling, you will find much to love here.

Listening to Gilles Peterson’s show on BBC 6 Music is always a risky business, as far as my not inconsiderable penchant for purchasing records goes. Over the years, he has prompted all sorts of things to enter my collection, from an early play of the full length re-edit of Elton John’s ‘Are You Ready For Love’, past Amy Winehouse’s stunning ‘Take The Box’ and more recently Finish folk Kaveri Special’s self-titled folk-pop splendour, to name but three from a list of dozens and dozens. 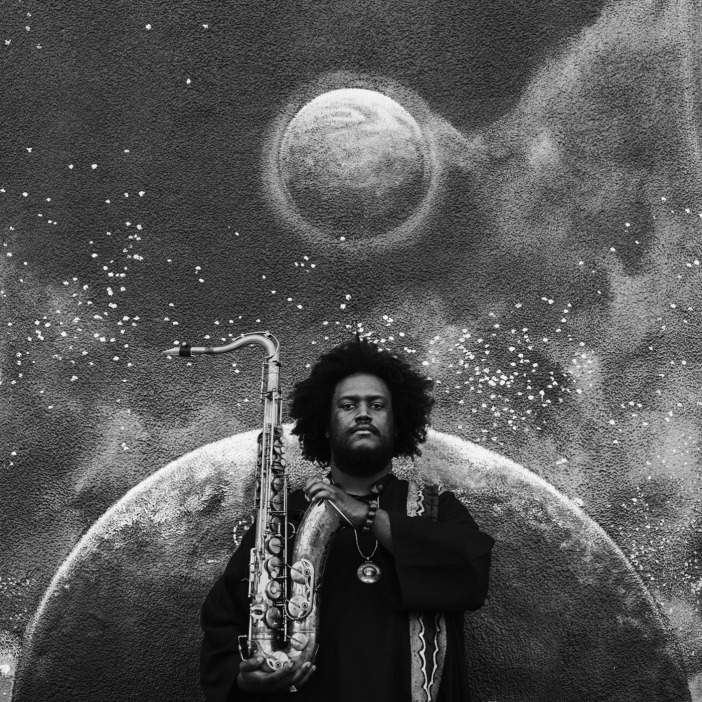 ‘The Epic’ is another such example and, as with all the others, I have no regrets. An almost three hour long, triple album built around seventeen songs excerpted from forty-five of Washington’s compositions he contributed to a month long session featuring ten of the Jazz world’s most promising talents, it can feel too big to get a proper handle on it. Having honed their sound and ploughed through hours upon hours of each other’s material, most participants are now working on their respective records upon which they will all guest from their share of those recordings. ‘The Epic’ comes first and the bar is set almost unsurpassably high.

Taking its cues from the more chaotic, pulsing electric era of Miles and the gorgeous intersection of jazz, funk and soul, this set is hard to digest in one sitting but quite the trip if you do. I’m loathe to single out individual tracks as the gear changes across the three discs keep things lively. The euphoric impact of a twenty-piece choir contrasts with free-jazz intensity and wall of sound release. It can be a challenging listen but may, oddly enough, be a way into jazz for the uninitiated. Its stylistic whirlwind is invigorating and infectious and it demands repeat plays, at least partly just to map the landscape.

Washington’s role in Kendrick Lamar’s ‘To Pimp A Butterfly’ has been widely discussed elsewhere, but he’s even better given free reign to do as he pleases. The addition of a thirty-two piece orchestra performing a score he wrote to add to those original recordings ensures that it’s not just epic in length. ‘Re Run Home’ and ‘Change Of The Guard’ are two pieces which openly nod to Washington’s influences, but in gloriously confident and forgiveable fashion. An energetic, ambitious and utterly unabashed attempt to shake up the order of things, ‘The Epic’ is an enjoyably pig-headed triumph. It takes confidence to assert that you need to release this much material in one go, but it needs true brilliance to pull it off.

If you’re not sold yet, you never will be but I have one simple instruction for you. Just listen.