I do love an intense, twitching record. Malevolent bass is an attribute to which I am consistently drawn. Add a distinctive, expressive voice and I’m pretty much sold. ‘Algiers’ passed me by when it arrived in June. I can’t say I’m enormously fond of the cover, but I’m not sure that’s a sufficient excuse. I’d got the impression they weren’t going to be ‘my kind of thing’, whatever that actually is. It suffered as a result of a cursory Spotify dip, one of the great curses of our streaming-centric society. A minute of one track here, a minute of another there, all played out of a quiet and increasingly knackered iPad Mini’s speakers. Even writing that now makes me think I’m sometimes rather ludicrous in my behaviour towards a part of my life that means so much: “Oh, yeah, I had about three minutes of it when half-listening once. Didn’t like it.” 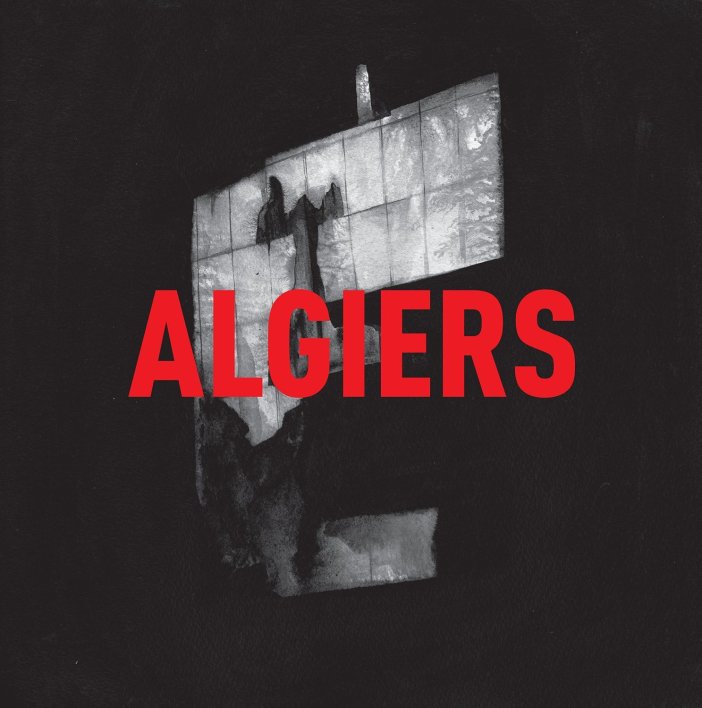 However, this American three-piece were thrust back into my eye-line by the early album of the year lists that creep out at the start of November. Once trusted establishments like Resident and Drift were raving about it, I realised I might have got this one wrong. Somewhere between post-punk and gospel, there are points on ‘Algiers’ which defy categorisation in the best possible way. For example, opener ‘Remains’ has a cold, hard, clinical beat which, combined with an oppressive backing vocal hum, sets a bleak tone. However, ‘Claudette’ follows and feels like a prime slice of vintage soul in spirit, even if its backdrop seems to have been fed through numerous effects and splintered across the soundstage.

Meanwhile, ‘Games’ is a hymnal procession, with a reserved vocal and reverb-drenched sashaying percussion, that momentarily explodes as Franklin James Fisher unleashes his full power for just a few lines. It’s a remarkable track, tucked deep in the record’s second half, but well worthy of the spotlight. Skittering beats and church bells make a strangely cohesive platform upon which ‘Old Girl’ builds, howling guitar and frenetic drums piling in thereafter.

Comparisons aren’t ideal on such an occasion, but there’s something of These New Puritans’ spirit about this record, the band’s sound pushed and pulled out of shape as befits each song. ‘Irony. Utility. Pretext.’ is a glorious anomaly, driven by the poppy sound of an Eighties drum machine, somewhat at odds with the subject matter of these stirring songs. More than happy to discuss the political allusions in their work and named in reference to the anti-colonial struggle, Algiers are a band to believe in, pore over and truly absorb. I’m only just starting, but I’m up for the challenge, belatedly.